The largest city of Campania, capital of the province and the region, Naples is the third most populated city in Italy (after Rome and Milan), with over a million inhabitants, and is the most important industrial center and trading port for the South

It is situated halfway down the Tyrrenia coast, at the innermost point of the Bay of Naples, between Vesuvius and the Phlegrean Fields. It has a mild and constant climate, with average temperatures of 16° C and a serene sky for at least half the year. Among the major industries are metalworking, oil refineries, mechanics (naval and railroad), electricity and food producing. The artistic crafting of coral and tortoise shell flourishes.
A point of embarkation for emigrants in the past, Naples now has a large traffic of merchandise (petroleum, carbon, cereals) and passengers. It is the largest Italian port, with a noteworthy nexus of railway and highways and a large international airport. In the vast urban area one can distinguish many different neighborhoods: the old center, characterized by buildings closely crowded together, is bordered on the west by the new administrative district and on the east by the business district, into which flows almost all the road and rail traffic. Other neighborhoods, with narrow climbing streets, rise around the base of the San Martino and Capodimonte hills. These neighborhoods have experienced intense development, typically of the simpler kind, in contrast to that of the residential neighborhoods that stretch out comfortably along the Vomero and Posillipo hills.

Historical Background
The original nucleus of the city can be found on the little island of Megaride. Occupied today by Egg Castle (Castel dell Ovo), it was first a settlement of the Aegean Greeks, then the Rodi, followed by the Cumani, in the seventh and sixth centuries B.C. The Cumani also occupied the Pizzofalcone heights and named the city Palaepolis (Old City). Around the fifth century B.C., Neapolis (New City) arose in the surrounding areas, exercising strong cultural influence based on its Greek roots. In the following century it was occupied by the Romans, surrounded by walls and characterized by blocks of streets formed in grids. Later it was occupied by the Byzantines, then the Goths, and then became capital of an autonomous dukedom. After a brief period of Longobard dominion, it fell under Norman control, until Ruggero II of Altavilla, King of Sicily, was able to add it to his kingdom in 1139. With the Angevin conquest in 1266, Naples became the capital and experienced notable demographic and urban growth. New growth occurred with the arrival of Alfonso of Aragon and with the reign of his successors (fifteenth century). After Charles VIII of France, the Spanish took over in 1503. Naples rose to the dignity of being a capital again in 1734 under the Bourbons, who reigned there until September 1860 (except during the brief French parenthesis, 1806-1815), at which time it was annexed to Garibaldis Italy. The bombardments of the Second World War, aggravated by the resistance of the German troops, caused death and destruction to the patrimony of population and of art. However, the Parthenopaean population gained victory on October 1, 1943, after four days of bitter fighting. (Note: The mythical tomb of Parthenope, a siren, was supposedly at the site where Naples grew up. As a result, the city has become known as Parthenopaea. 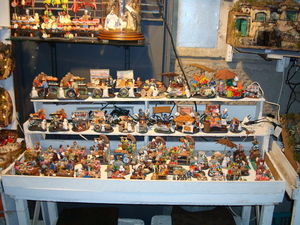 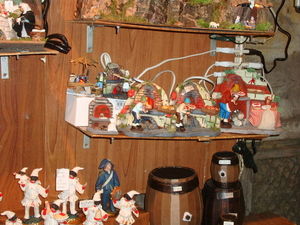 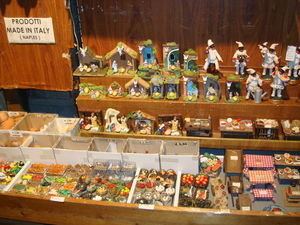 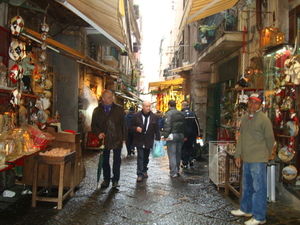 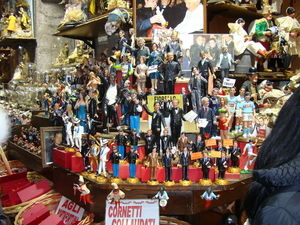 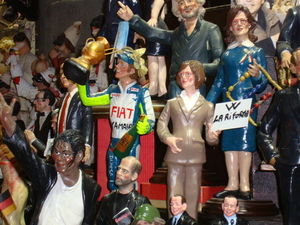 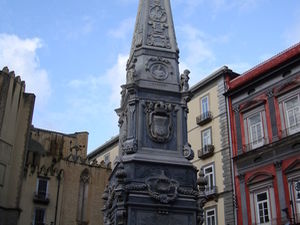