Sorrento, how many definitions have been ascribed to this locality, one of the most well-known international tourist sights

Each one of these definitions contains the truth because Sorrento is indeed a very pretty little city where kindness and hospitality are a combination that is handed down from one generation to the next. Sorrento, not to be rhetorical, is indeed the land of colours: brilliant or delicate hues depending on the change of the seasons. If you just pause a moment to observe how emotional a sunset can be when you gaze in the direction of Punta del Capo, of Ischia or Procida, the outlines of which can be seen clearly, you will be amazed by the variety of colours and the beauty of the scene. Or look, preferably from the sea, towards the majestic ridge of tuff rock that changes colour at every hour of the day. And then why not leave your mind go back in time so that, with a bit of imagination, you can see the nimble Greek ships ride the waves and Ulysses bound tightly to the main mast to listen safely to the dangerous song of the mermaids .... or follow the wake of the Roman ships laden with merchandise and busy sailors, or look around the wonderful palaces that the Roman emperors built on our coasts, among the most beautiful in the world.

Or again ships black as ink, fully armed, laden with ferocious Turks, liike those that in search of wealth and bounty, sacked Sorrento in 1558.

How many legends are told about these invasions; legends that are almost always linked to the great devotion that the Sorrentines have for their patron Saint Antonino and their well-grounded faith. lf you just go down into the crypt of the Basilica, dedicated of course to St Antonino, you will remain deeply moved by the number of votive offerings offered to the patron saint, and reading from them true stories, both sad and happy, of a people that is simple and industrious, influenced over the centuries by various cultures. Many civilizations have passed through here: the Etruscans, the Greeks (who gave the city its urban layout that is still clearly visible today in the historical centre), the Oscans, the Romans. Later the subjugation to Byzantium, the sack by the Longobards, the conquest by the Normans, the good influence of the Aragonese. After a long period of stagnation, the beginning of the 1700s saw a period of cultural, economic and social rebirth for the whole Sorrentine peninsula, which reached its climax during the 1800s. This was the period when the tourist vocation of this arca was born and was established with its inclusion in the so-called "Grand Tour", a journey through the most important Italian sights that every noble European son of the time had to make to complete his cultural, historical and literary formation. Thus distinguished guests such as Byron, Keats, Scott, Dickens, Goethe, Wagner, lbsen and Nitzsche, to just mention the most famous, came to stay in Sorrento in search of sun and inspiration.

The same period saw an intensification of the more traditional activities such as agriculture, sea trade and finally and progressively that tourist industry that is currently the most important sector of the Sorrentine economy.

Today Sorrento is a modern city with over one hundred comfortable hotels; it is the home of a prestigious and rich Museum (Correale of Terranova), that contains important testimonies of both the history of the city and of the purest craft tradition of inlaid wood. Sorrento hosts important events in the fields of culture (International Prize Award "City of Sorrento" for science), music (Sorrentine Summer Musical Festival), cinema (International Film Festival), as well as the ideal starting point for visiting to all the tourist sights of the area (Capri, Ischia, Naples, Ercolano, Pompei, Positano, Amalfi) and so... 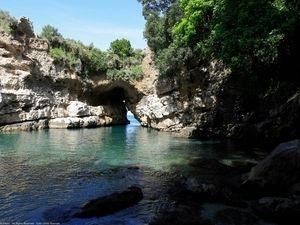 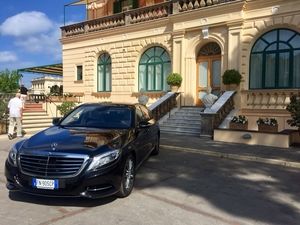 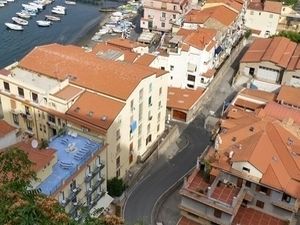